Shreeji Maharaj had deputed many incarnations -‘Avtaras’ for the redemption of the souls on this earth. But none of them could spread the glory of God nor could they establish the primacy and supremacy of Shri Hariji over other elements. On the contrary people with no spiritual vision and divine experience found these Avtaras to be mightier and more luminous than themselves. Such innocent, simple people believed these incarnations to be God himself and started worshipping them. They missed the substance and followed the shadow. Therefore, the Muktas prayed to Shreeji Maharaj, the cause of all the incarnations to manifest himself on the earth. In response to the prayers, Shri Hariji along with his innumerable Muktas – the brahmanized saints descended on the earth to establish the absolutely pure and unconditional worship of his divine form.

The Avtaras who had preceeded Shreeji Maharaj had cast their spell on the minds of common people and they were being, hailed and worshipped with deep faith. Therefore, Shreeji Maharaj, first – introduced himself as the devotee of Lord Shri Krishna. But with the passage of time he began to unfold the mystery to the devotees by calling himself Lord Krishna. But soon he revealed his real identity as the Supreme Lord, the creator of the entire creation – Pannarma Swamp – the Over Soul. He convinced the people that he was superior to all the incarnations, including Shri Krishna and therefore he was the highest.

As Lord Swaminarayan wanted people attain ‘moksha’ or Salvation by meditating upon and worshipping His luminous form, with knowledge of the glory of God. He asked Sadgum Shri Gopalanandji to continue his mission, and spread His message amongst men and withdrew Himself from the world of men. Sadgura Shri Gopalanandji strengthened men’s faith in Maharaj and designated his great disciple Sadguru Shri Nirgundasji to carry the creed further. To accelerate the spiritual activity of enabling the souls to attain salvation through the worship of Shreeji Maharaj, the Lord sent his own living replica Anadi Maha Muktaraj Shri Abjibapashri on earth on the auspicious day Kartik Sud Ekadashi of Samvat year 1901.

As ordained by Shreeji Maharaj, Bapashri contributed vastly to the work of spreading among people the unalloyed worship of Lord Shri Swaminarayan as the Supreme Lord. He toured every village and explained to the people the fact about the primacy of Shreeji Mahaiaj in its entirety and taught the devotees the art of achieving communion with God and to attain to the highest state of ‘Anadimukta’. Bapashri, accompanied by many saints and devotees visited every house in every village distributing the love and grace of Shreeji Maharaj’s Murti.

The centenary celebrations at Shri Swaminarayan temple, Muli were being held with great fanfare. Param Pujya Bapashri had arrived to grace the function. On his return journey, Muli to Baladiya, Bapashri arrived at Dhrangadhra. Although he was tired and a bit unwell, he visited the homes of all his close disciples and made them richer by bestowing upon them the pleasure and grace of Shreeji Maharaj. At that time a poor man called Shri Gigabhai Thakker desired to invite Pujya Bapashri. But somehow this shy and simple devotee of Maharaj could not express his desire in words. Bapashri, who could read the mind of man, knew how eager Gigabhai was to receive him at his house. Next day, when he” began his journey, Bapashri asked the cartman to stop the cart near Gigabhai’s house, saying he wanted to ease himself. When Shri Gigabhai and his wife Shakuben saw Bapashri entering their house, their joy knew no bounds. Bapashri visited the washroom and sat for sometime in the house of this poor devotee.

At that time Sheth Shri Shivlalbhai Parekh, Anadimukta Shri Divaliba, the sister of Anadi Muktaraj Shri Somchandbhai and other eminent persons were present in the house. Sheth Shri Shivlalbhai got up, and lifted Gigabhai’s 11 month old, youngest son ‘Narayari from the cradle and put him in the lap of Param Pujya Bapashri. The merciful Bapashri took some red powder from his own ’tilak’ – sect mark and put a tilak on the forehead of little Narayan. As if there existed a bond of love between the two for many previous births, the divine baby kept on smiling and stared at Bapashri’s face without beating his eyelids, even once. Sheth Shri Shivlalbhai turned to Bapashri and prayed “Hey Bapa! Bless the son of this ‘bhagat’ -devotee so that he may become a greater devotee.” Caressing, the baby with love, Bapashri put his hand on the child’s head and announced:

‘Know him to be and revere him as Shreeji Maharaj’s ‘Maha Mukta’. He has been specifically, sent here by Maharaj to carry on the duty of releasing the jeevas and launch many ‘Omni-BeneficiaV activities on earth.1

This divinely blessed child was none other then Anadimukta Param Pujya Shri Narayanbhai Gigabhai Thakker, the life time president of the divinely blessed Shri Swaminarayan Divine Mission, founded and inspired by the divine will of Shri Hariji Himself. The ‘Mission’ is no institution founded by an individual but Action put to faith ‘krupa-prasad’ tangible grace received from God through our Guruji.

Shri Swaminarayan Divine Mission is not a creation of human will or human desire. It is an institution that came into being by Rev. Muktaraj Shri Narayanbhai G. Thakker, under the inspiration of and at the command of Lord Shri Swaminarayan. It is an action put to our faith. This ‘Omni-beneficial’, embracing all faiths, organization has been founded with a view to raising the spiritual level of the seekers and thus help them attain ‘atyantik moksha’ – perfect peace and liberation from the chain of birth and death. 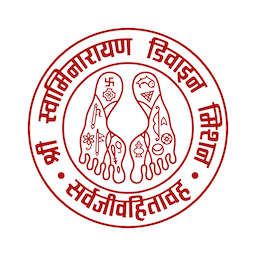 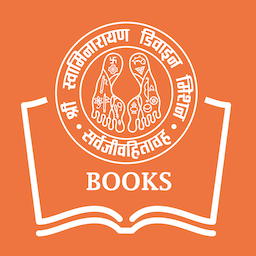 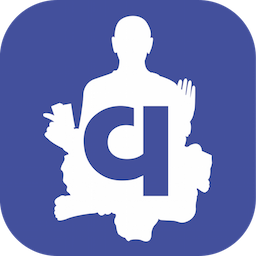 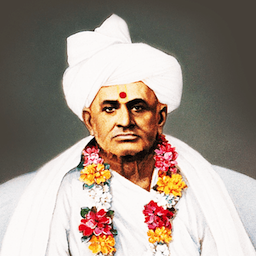 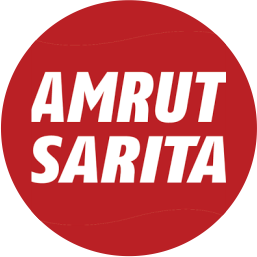